150
The Zombie Soldier is an enemy that appears in Serious Sam 2. They are undead soldiers that wield a minigun. This minigun has good accuracy, making it deadly, even at long range. 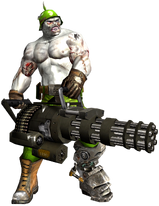 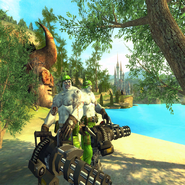 Zombie Soldiers on Coast 2 Cost.
Add a photo to this gallery

Retrieved from "https://serioussam.fandom.com/wiki/Zombie_Soldier?oldid=36552"
Community content is available under CC-BY-SA unless otherwise noted.