The SBC Cannon, or just Cannon, is a portable artillery weapon that is capable of mowing down many weak opponents in a row, or dealing heavy damage to tougher enemies. Like the XM214-A Minigun, the cannon is one of Serious Sam's trademark weapons.

The cannon is a marvel of modern weaponry that was originally reverse-engineered by Professor Gottlieb Kiesel from technomagical ordnance captured from Mental's forces. The original design has since been adapted and improved, rendering the cannon one of the most powerful infantry weapons available. Balanced to perfection, the cannon's barrel fires extraordinarily heavy uranium-filled projectiles at high speed, providing excellent penetration and easily smashing through several hostile units in a row. Rumors persist that the uranium-filled cannonballs can be hazardous to the operator, but Dr. Kiesel claims that the effect on the average life expectancy of an Earth Defense Force soldier should be negligible.

As the cannonballs have great piercing capabilities, this makes the cannon very useful for taking down powerful enemies with a single cannonball and multiple weaker enemies when they are lined up. The cannon can attain various levels of power and speed depending on how long it is charged.

Raahloom, the boss of the Jewel of the Nile DLC, uses a much larger and more modified version of this weapon. The cannonballs fired from his cannon are much larger and deal more splash damage in comparison to the balls fired by Sam's cannon. Raahloom's cannon can also fire up to five or six balls in succession.

In Serious Sam: Double D (the XXL version), the cannon is a bit weaker than in other games, but it is still effective. A Gunstack combination of the cannon with other strong weapon upgrades can kill even the strongest enemies with ease.

As the cannon is such a powerful weapon, it does not usually appear until the later levels in the Serious Sam games for balancing purposes. It can, however, sometimes be found in secrets in levels earlier than when it normally appears.

In Serious Sam: The First Encounter, the cannon is obtained in Alley of the Sphinxes, but can be found earlier in Metropolis as a secret. In Serious Sam: The Second Encounter, the cannon appears in The City of the Gods, Courtyards of Gilgamesh, Tower of Babel, and The Grand Cathedral. It also appears as a secret in The Elephant Atrium and Land of the Damned, as well as Ziggurat in the HD version of the game if playing on co-op (on solo, a Serious Bomb appears instead).

In the Serious Sam Classics: Revolution-exclusive Bright Island campaign, the cannon is obtained normally in either Tropical Bluffs or The Steps of Despair, although it can be obtained via a secret much earlier in Crystal Cove.

The cannon appears in Chaolin Temple, Boneyard, Command Center, Shield Generator, and Mental Institution. It also appears as a secret in Ursul Gardens and Area 5100.

Since the cannon does not appear as a regular weapon, it can only be obtained by upgrading the 12 Gauge Shotgun. The upgrade can be purchased from The Trader after completing the game.

In Serious Sam 3 and the VR remake, the cannon is normally acquired much later in the game compared to previous games, first appearing in The Power of the Underworld, though it can be found much earlier as a secret in Under the Iron Cloud.

The cannon later appears for the final time in The Guardian of Time, along with plenty of cannonballs. In Jewel of the Nile, it can be found as a secret in Together Forever.

The cannon is first obtained in Anathema Unto God, but can be found earlier in In Carcassonne as a secret. It appears again afterwards in From Earth With Love.

An early Alpha screenshot of the cannon with a few Werebulls. 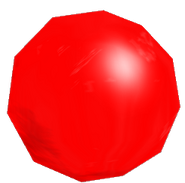 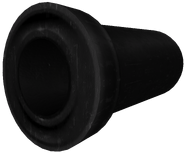 Early pre-release screenshot with the cannon.

The cut red cap model that appeared behind the front pressure gauge.

The cannon on a wooden platform. 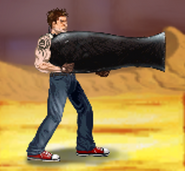