The Orc Commander is an enemy that appears in Serious Sam 2.

The Orc Commander is a type of Orc soldier that wears red armor and is equipped with a blue plasma launcher and grenades.

The commander has three attacks. He can fire homing shots from his plasma gun, throw grenades, or kick the player if they are close enough. 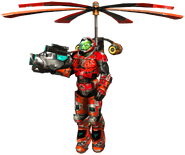 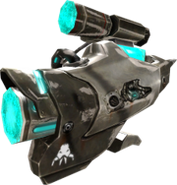 Beam fired by the Orc Commander.
Add a photo to this gallery

Retrieved from "https://serioussam.fandom.com/wiki/Orc_Commander?oldid=52689"
Community content is available under CC-BY-SA unless otherwise noted.