The Mamutman is an enemy cut from Serious Sam: The First Encounter. It appears as a functioning enemy in Serious Sam Classics: Revolution and the upcoming Serious Sam Origins.

The Mamutman is a humanoid soldier that carries a large rifle-like weapon. It could either fire a bullet at the player or whack them with their gun. It was weak, but what made it unique is that it was able to ride a Mamut. It was ejected from the Mamut after the Mamut had lost most of its health.

The Mamutman was removed sometime before the release of the final game. 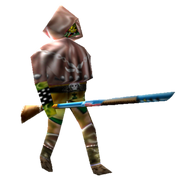 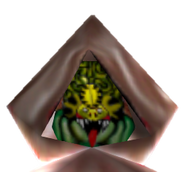 A few Mamutmen riding a [Mamut.
Add a photo to this gallery

Retrieved from "https://serioussam.fandom.com/wiki/Mamutman?oldid=50571"
Community content is available under CC-BY-SA unless otherwise noted.