Admir Elezović
The Levitator is an enemy that appears in Serious Sam 2.

The Levivator consists of a female, blue-skinned humanoid alien inside a semi-transparent sphere with some sort of liquid inside it. The sphere-like vehicle can float, allowing the Levitator to freely move in the air.

The Levivator's sphere is equipped with a laser gun that lets the Levitator attack the target, but the laser is fairly weak. She can regenerate her health, but her regeneration rate is low. 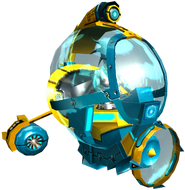 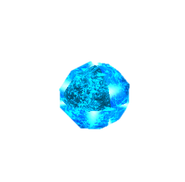 Projectile fired by the Levitator.
Add a photo to this gallery

Retrieved from "https://serioussam.fandom.com/wiki/Levitator?oldid=60175"
Community content is available under CC-BY-SA unless otherwise noted.