Kukulkán is the Mayan god of wind. Unlike other bosses encountered in the Serious Sam series, Kukulkán is not associated with Mental or his forces, but rather as the guardian of the first Time-Lock portal. He is also immortal due to being a god, and thus cannot be destroyed. However, after he has been defeated, he will disappear and grant access to the portal as a sign of respect to the victor.

As Kukulkán can control wind, he uses wind-based attacks. At the start of the boss fight, he appears to be a small, human-shaped creature made out of red wind. However, when he takes a certain amount of damage, he will become larger. The more damage he takes, the more he grows in size. During the last phase, Kukulkán will be extremely large and take up about half of the arena.

Kukulkán's only attack is to toss tornadoes at the target. If either the player or an enemy is caught in the tornado, they will be tossed and carried up in it. At first, the tornadoes will be small, toss around the player a little bit and do no damage. 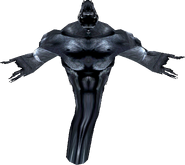 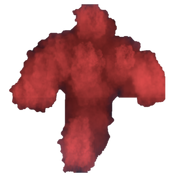 HD NETRICSA description.
Add a photo to this gallery

Retrieved from "https://serioussam.fandom.com/wiki/Kukulk%C3%A1n,_the_Wind_God?oldid=53142"
Community content is available under CC-BY-SA unless otherwise noted.