The Bloater is an enemy that appears in I Hate Running Backwards.

The Bloater is a corpse filled with acid and excruciatingly smelly gas. They are similar to the Beheaded Kamikaze, but are much more endurable and dangerous.

Bloaters move towards the player and explode in a cloud of poison when they get too close to them. Like Kamikazes, they also explode when killed. Like most other enemies, Bloaters have tiered variants that move a bit faster and have more health than their normal variants. 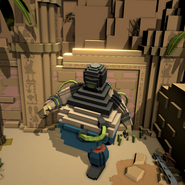 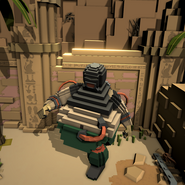 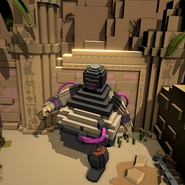 Tier 3 variant.
Add a photo to this gallery

Retrieved from "https://serioussam.fandom.com/wiki/Bloater?oldid=59958"
Community content is available under CC-BY-SA unless otherwise noted.