The Air Elemental was an enemy made out of air. It came in three sizes; small, medium and large. Its only attack was to throw tornadoes at the player.

Unlike the other elementals, it is unknown which levels it would've appeared in. The only unused “planet” levels that don't have a known elemental enemy is the Green Planet and the Tropic Planet.

Of note is that Kukulkán, the Wind God, the first boss in The Second Encounter, is based off of the Air Elemental; they both throw tornadoes at the player, using the same projectile code (Twister.es); Kukulkán is also called "AirElemental" in the game's files. This makes the Air Elemental one of few scrapped enemies that reappeared in another Serious Sam game. 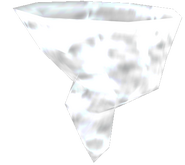 Tornado fired by the Air Elemental.

Air Elemental model with texture.
Add a photo to this gallery 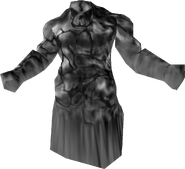 Retrieved from "https://serioussam.fandom.com/wiki/Air_Elemental?oldid=50583"
Community content is available under CC-BY-SA unless otherwise noted.